You know the saying..... It never rains but it pours?
Well none more so than in our family.... No seriously I'd love to know who has it in for us!

As I'm sure a lot of you know if you follow my Twitter or my Facebook you will know that between my little Miss L with her Epilepsy and little Mr K with his Cerebral Palsy we have many appointments.

So there was me thinking we ave enough to contend with them 2 as well as our other 2 healthy boys Mr J and Mr D, But it would seem not!

Sunday 23rd March whilst I was holding the baby he had just dozed off when his head 'vibrated' is the only way I can describe it.
Thinking this didn't seem right I mentioned it to my husband.
On Tuesday when we went baby clinic I mentioned it to the health visitor who said it was probably nothing to worry about but keep an eye if it happens again... Which it did!

Thursday morning we got up got the elder 3 fed washed and off to school. we'd run out of a few bits so hubby nipped off to Asda while I fed the baby.
barely 10 minutes after hubby left, whilst I was giving Mr D his bottle his head 'vibrated' again this time followed by is body, Then his body went limp his eyes rolled.. didn't have to see that twice I knew it was a seizure I called 999 right away whilst texting my hubby to 'GET HOME NOW!'

20 minutes we waited for the ambulance! 20 bloody minutes when anything could have been happening to my baby, thankfully it only lasted around 10 seconds.
hubby arrived home and I called the ambulance back to  ask where they were to be told they were busy and hadn't even been dispatched!
I mean really a 7 month old 6 week premature baby has a seizure but they don't come?!
I told them to cancel and hubby drove us.

We were told to go to one hospital which we did. when we arrived there only to be told they don't even have children's A&E! it happened again whilst we were there waiting to be seen, This time just is head like the 1st time.

When we saw the doctor she was concerned and got straight onto the phone to ambulance to refer us to another hospital across London.
Mr D had to have heel prick's for blood sugars e was so brave didn't even flinch.. until they took his bloods poor baby screamed and I shed a tear with him.

after hours of waiting at 7 we were finally allowed home but we have to go back for MRI & EEG'S my poor baby not even a year old and this :(

It happened again Saturday 29th again this time just his head.
I'm really trying to stay hopeful that it wont happen again but I'm scared for my lil man he doesn't deserve this.

He really was so brave though and Mummy loves him lots and lots. 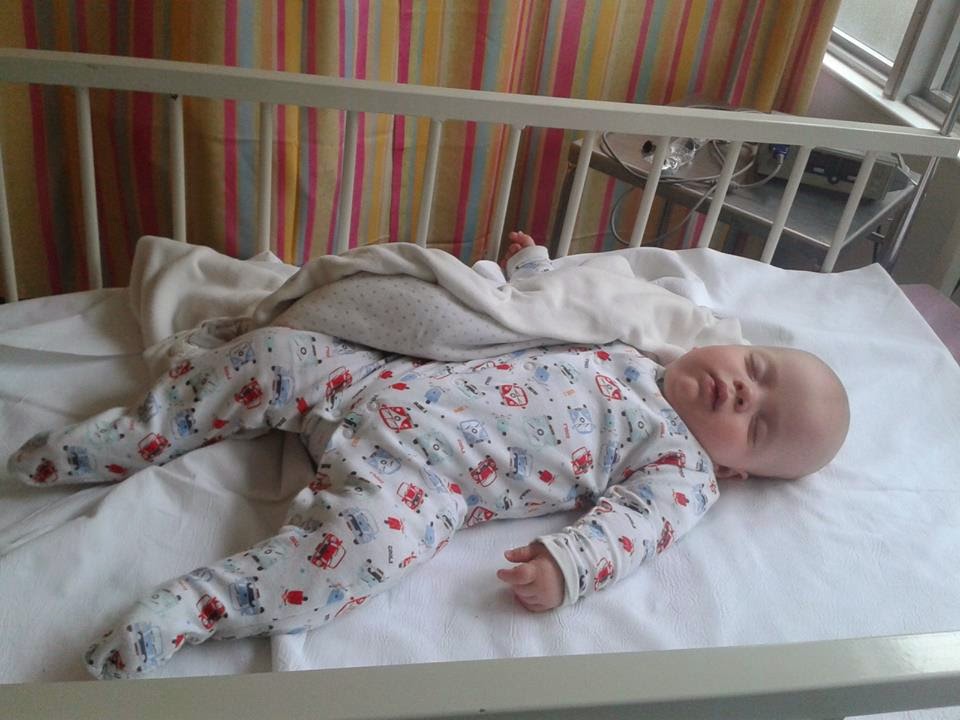