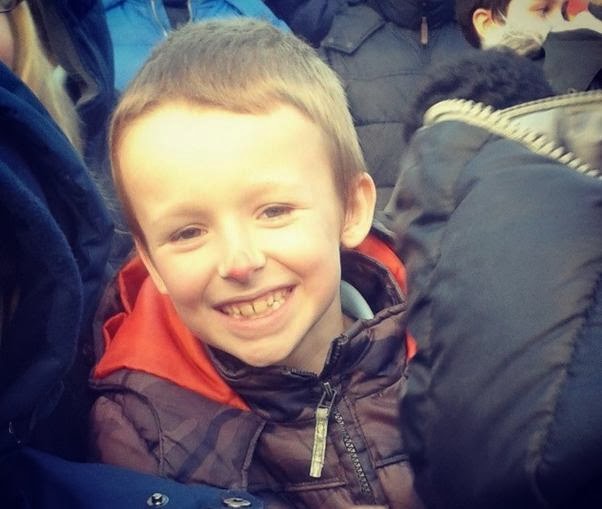 So after the hoo har of what to get him for his birthday and the cake muck up it all worked out ok in the end.

So I finally found some bits to get him. Albeit not what I originally wanted to get him but such is life!
Anyway I got him a selection of toys, He was rather impressed wit his Star Wars night vision goggles, and his TMNT rapid shooter game the most of the lot. 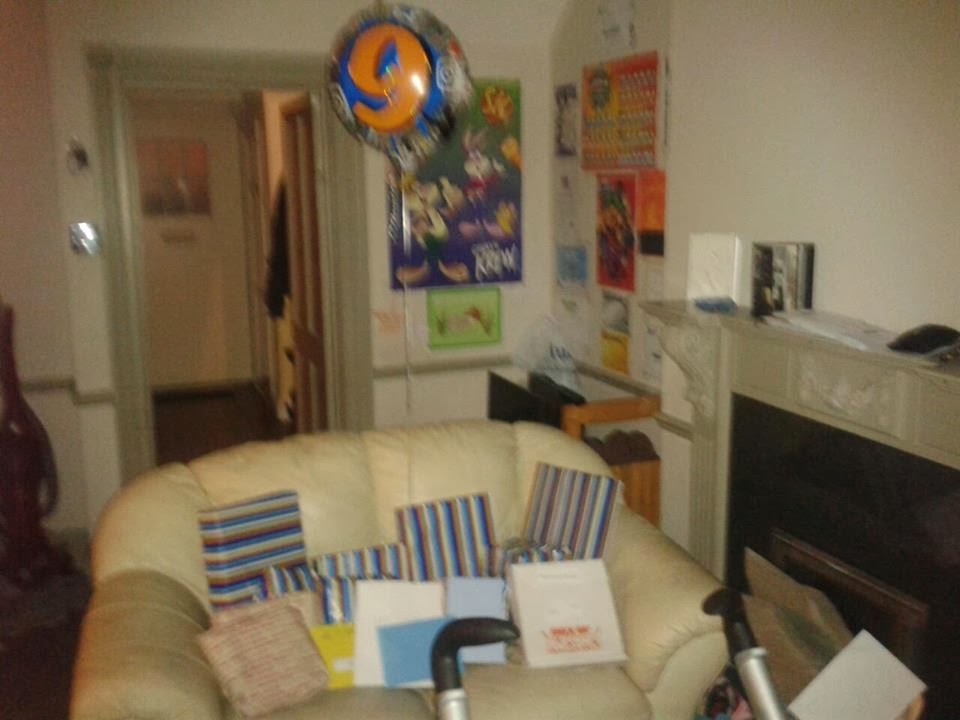 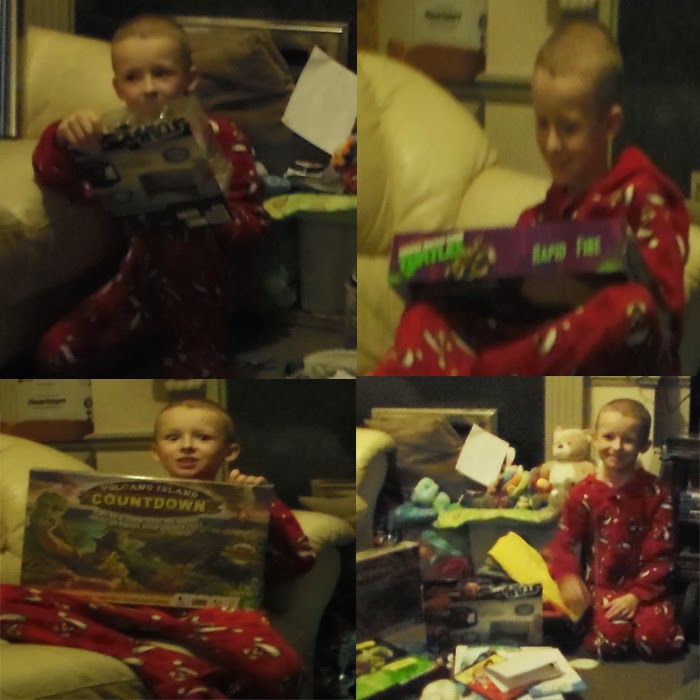 He wanted to open his presents before school so we let him do so. We got the old 'Mum I don't feel too good' But he was fine you see it was because we had his almost 18 year old Auntie over for the weekend that he was hoping to blag a day off school...bad luck little guy!

I made im a TMNT cake to take into class.
That was a incident in itself with his supply teacher not impressed tat I hadn't pre-cut and wrapped it in individual slices.....Hmm kinda defeats the object of him taking it in to share/show to his friends.
But as things were she took the cake and I was later told she didn't even let him show is friends, she took it away sliced it then handed them slices...Not impressed! 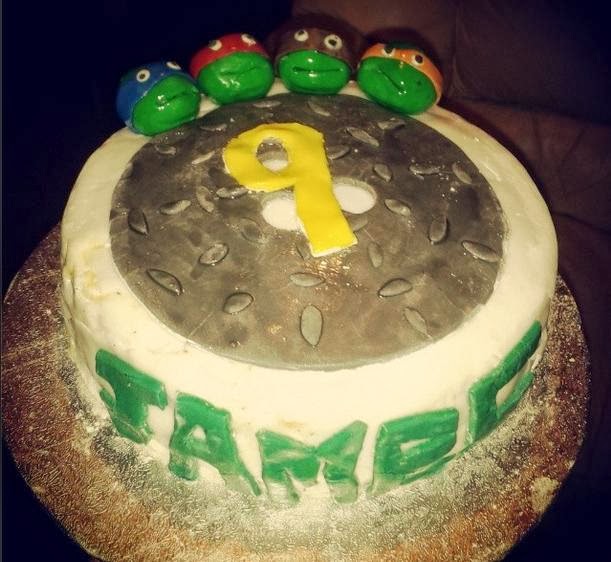 Ok so the icing split showing the butter cream underneath and it's far from perfect but mr J was so impressed so I was happy.

after school he built is Transformers Kre-O with his auntie whilst I cooked his favorite tea... Homemade Lasagne, garlic dough balls, salad,and potato wedges....Mmm big munch.

After playing and eating he played some PS4 with Daddy - Or Dad as e now calls him not that he's getting big you see.

We had some cake.. Again another hiccup being as I ordered a Skylanders Swap Force cake only to have a rather childlike robot cake arrive.
And quite frankly it wasn't all that. even the kids left a lot of theirs now that takes some doing. 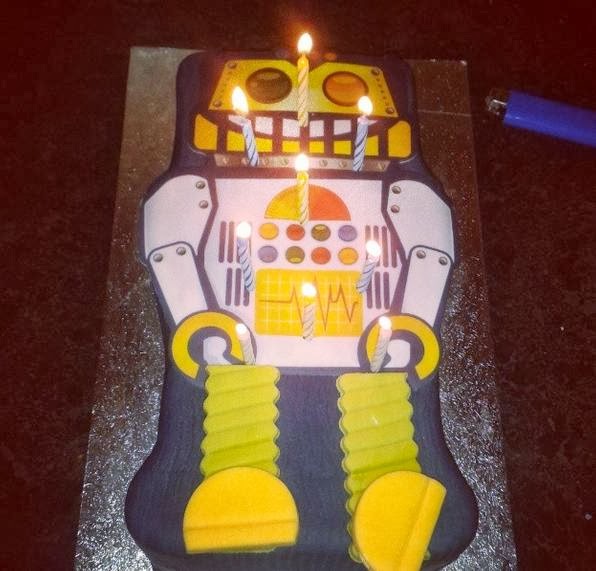 But hoo hars aside overall he had a lovely day, And as for me..I cant quite believe I ave a 9 year old! time goes by in the blink of an eye.